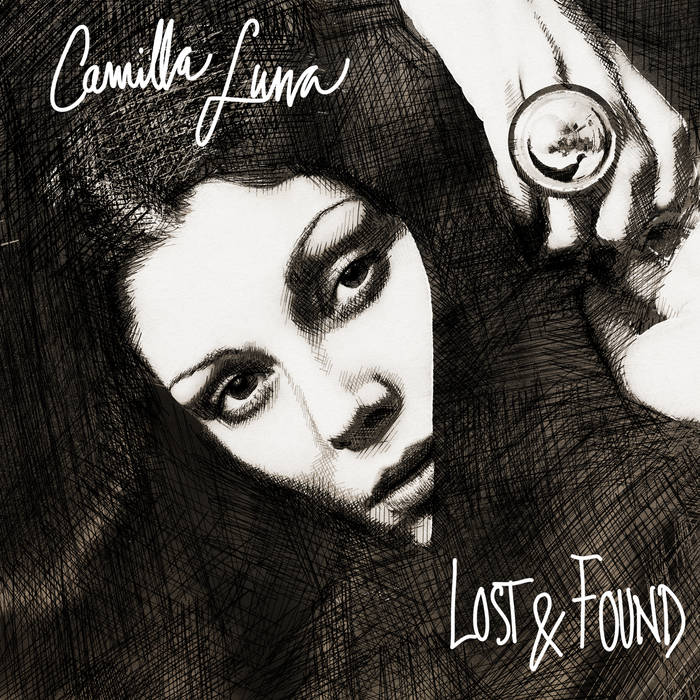 Digging through the archives of one of her most enigmatic artistic figures, Cymasonic have stumbled across an album that’s been hiding in plain sight for the last 11 years. Camilla Luna’s Lost & Found, is exactly as the title suggests, a collection of musical rarities, reimagined in an album where Cymasonic have breathed new life to these undiscovered gems. It features some of the last work Camilla Luna and production partner BHLB might create together, and something of a “rescue mission” for the label, who feared that these tracks might get lost permanently like so many before them, unless they intervened.

Lost & Found is a body of work that consolidates the past the present and the future for Camilla Luna as one artistic entity. The shy reclusive singer catalogues 11 years worth of songs and ideas into a singular body of work with the help of the anonymous BHLB, a shy and mysterious entity in his own right. Re-imagining these scattered moments in a single album has given them a distinct voice in this new context, the tracks finding an unlikely contemporary relationship to each other.

Camilla Luna’s raspy enigmatic vocals bite and tear at lyrics flirting with concepts of love, friendship and the realities of a life as a musician, with the technical intent of Jazz and the passion of R&B. Finding a happy equilibrium somewhere between Erykah Badu and TLC’s T-Boz, Camilla’s vocals on Lost & Found engage at a literal level, where she draws you into the murky nether world of BHLB’s music. Bold, creeping synth movements orchestrated around anemic beats find that perfect balance between contrast and harmony with Luna’s vocals defining a sound for the creative duo’s extensive career together.

Camilla Luna is the versatile voice behind some of the most significant EPs and singles from Norwegian clubbing world with releases on Bpitch Control, Eskimo, Bogota and Cymawax to name but a few. Born Camilla Molvær Vazquez she is a Norwegian/Uruguayan songstress who was later dubbed Luna, in the Charrúa way by her Uruguayan father . Traversing the world of Soul, Jazz and R&B through a singular artistic identity, she works comfortably within electronic soundscapes with her strong natural Latin influences often coming to the fore. Hers is a sound that errs on the side of raw, futuristic, wonky & bumpy with clear references to the 80s, Funk/Jazz/Soul, Hip Hop & R'n'B.

Camilla has worked closely with producer BHLB aka Baz (Streetology Studios) since 2006, and although they brought 2016 seminal Open UP to the world, their work together has remained largely hidden from the world, with many hidden gems still awaiting release. Some of her previously releases also include music on WahWah 45s, People Love Music and Echorek Records, and she continues to work with established artists like Trulz & Robin, Usmev & Arildo as that singular voice for Norwegian club music and beyond.

Cymasonic Recordings is a musical imprint and collaboration between long time friends Trulz & Robin (Trulz Kvam, Robin Crafoord) and Arildo (Arild Lopez). The 3 connected through music in the underground techno scene in Oslo the mid 90’s and have been collaborating on hundreds of parties and a handful of records before finally deciding to do a label together 15 years later. ... more

Bandcamp Daily  your guide to the world of Bandcamp

MF DOOM is given his flowers, plus appearances from MC Jada Imani and Stanley Ipkuss